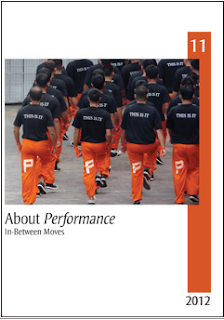 About Performance No. 11 is dedicated to writing about moving. These articles, collected under the subtitle In-Between Moves, explore movement in the spaces between: between bodies and other bodies, bodies and objects, bodies and places, bodies and time. They examine how being in these spaces can be conceptualised through ideas and experiences of motion.
Contents
Publié par association des Chercheurs en Danse