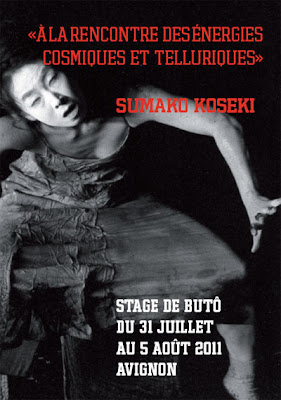 Call for Book Chapter Submissions from Telory Davies of Missouri State University
SDHS community : This is a call for book chapter submissions. A colleague of mine and I would like to put together an anthology and add some of our own work to it.

Our Proposed Book Title is MOTION PICTURES: DANCE'S DUET WITH THE CAMERA

We propose an anthology of critical, theoretical, and/or dance historical articles that address concepts of dance's relationship to the filmed image. This conversation might include any of the following topics: synesthesia between dance and film; ways to integrate dance and film on stage; film narratives that "dance" in their construction and sequencing of images; the location of the "real" in dance that uses film projection; bodies and screens as texts to be read either simultaneously or in reaction to each other; projected image as a space that dancers may cohabit in ways that let the dancer literally move into the film; and any other related investigations of dance in partnership with film or video. The two editors will provide an overview introduction plus one article apiece: Telory Davies writes about Maya Deren's leaps from screen to screen in this artist's 1943 film, "Meshes of the Afternoon"; Ruth Barnes discusses the role of the flaneur in her contemporary choreography using live-action screens with simultaneous recordings of dancers' movement. We welcome both practice-based reflections and scholarly explorations. Anyone who is interested should email twdavies@missouristate.edu and ruthbarnes@missouristate.edu with questions or submissions. Final submissions are due by November 1, 2011.

In conjunction with the 2011 Congress on Research in Dance / Society for Ethnomusicology Conference, Moving Music/Sounding Dance, CORD will be conducting Open Forums/Working Sessions at their November conference. They will be offering three sessions. The titles of each session can be found below.

To view the full call for these sessions, please click here

To apply for these sessions, please send your information to the email address of the session convener as specified in the Call for Session Participants.
Publié par association des Chercheurs en Danse Aucun commentaire: 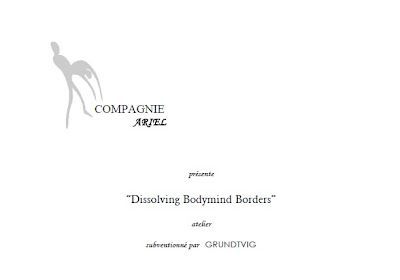 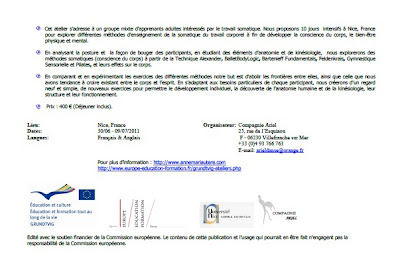 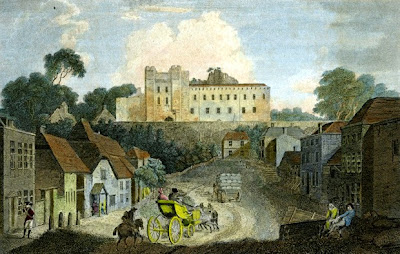 Papers, workshops and short performances are invited on topics connected with this theme. Some suggested topics:

WORKSHOPS & SHORT PERFORMANCES are also welcome. These should include a short introductory talk or commentary.
Abstracts should be limited to a single sheet of A4 paper.
Papers should be limited to 25 minutes and workshops to 55 minutes. Performances are negotiable.
The conference proceedings will be published. The text may be expanded for publication.

Abstracts should be emailed to Barbara Segal at barbara.segal@thorn.demon.co.uk by 1st October 2011. Please phone Barbara on 020 7700 4293 if you do not have email.
You will be informed within a month whether your contribution has been accepted.
Details of the programme and a booking form will be issued in November 2011. 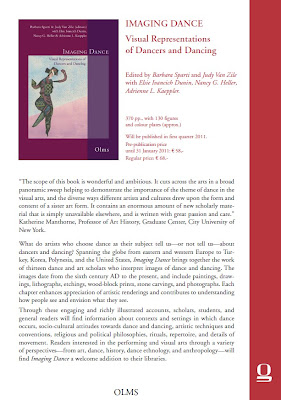 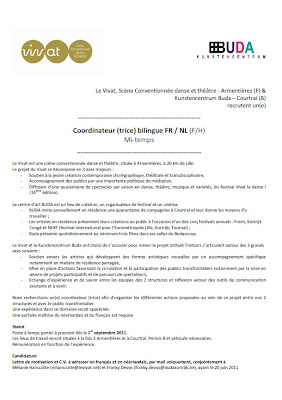 03. Festival in Spain
Folk dance, music and choral groups are invited to festival near Barcelona 11-18 June 2011.

04. Conference in Texas, USA
Theme: Breaking Boundaries / Creating Connections. The capacity of dance to connect minds, bodies and spirits and to break the boundaries that keeps people apart. 12-15 July 2011

05. Residency coordinator wanted
University in the USA has opening for a Residency Coordinator. He/she will be responsible for scheduling, artistic orientation, space/equipment coordination, contacts. Degree in Arts Administration is desirable.

06. Workshop and festival in Tunisia
Oriental dances of the Maghreb, with certification by CID, 8-15 July 2011. With local musicians live and gala night. Festival 15-17 July 2011 endorsed by the Ministry of Culture.

08. New CID Section in San Marino
A new Section of CID has been founded in San Marino, a very small independent state within Italy, proud to be the oldest republic in the world. The Section has been officially recognized as representing the full spectrum of dance; it plans to hold a Dance Research Congress in July 2012.

This is to inform you about the recent developments concerning the Tanzarchiv in Leipzig, an affair in which many among you had lent their support by writing letters to the Ministry and the University President.
The situation is now much less dramatic. In fact, the Saxonian Minister of Culture has understood the importance of the case and admitted that her predecessor (the one responsible for the idea of handing over the Tanzarciv to the University of Leipzig) might not have disposed of all the information necessary to judge on the value and importance of the collections.
Since also the Federal Minister of Culture has insisted that another solution need to be found, in a first step the forced integration of Tanzarchiv into the administrative archive of the University, leaving at the discretion of the latter’s director to select the items and collections he wanted, scattering the rest in other departments or deleting them entirely, is now out-ruled.

That’s the first really good news.
The Tanzarchiv is not obliged to leave its current premises by the end of June, nothing is being wrapped up hastily, no throw-away measures will be authorised.
In a second step, negotiations are being taken up between the Ministry and the University so as to find a better, a more appropriate, and a more responsible solution. There is no real clue right now what this solution might be and in what direction it might lead. So the relief is only partial.
However, I think it is all in all a very fine result of the campaign fought during the last weeks and to which you have contributed your energy and time, that the authorities have finally understood that the previous decisions were and are unacceptable and that dance heritage needs serious action rather than administrative downsizing.
So once again thank you so much for your support !
Warm regards
F.A. Cramer
Publié par association des Chercheurs en Danse Aucun commentaire: 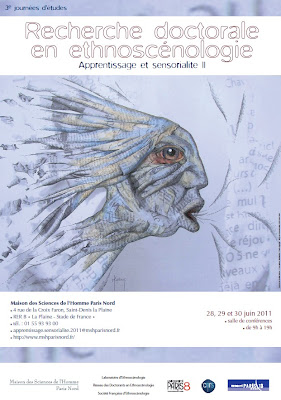