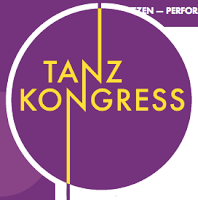 With the Dance Congresses 2006 in Berlin and 2009 in Hamburg, the German Federal Cultural Foundation has taken up the tradition of dancer’s congresses in the Weimar Republic which had united all dance professionals of the epoch.

From 6 ­to 9 June, 2013, the Dance Congress will take place in Düsseldorf for the first time.

‘Bewegungen übersetzen – Performing Translations’ is the motto of the third edition dedicated to the transfer and mediation of body concepts, movement repertories and modes of practice in and between different cultures. How do we “translate” practices, value judgements and behaviour patterns from other contexts? And what role do bodies and movements play in the process?

Several contributions deal with the opening piece ‘La Création du monde 1923 – 2012’ by the Congolese choreographer Faustin Linyekula, who questions the repercussions of colonialism in regard to body images and scopes for movement in the age of globalisation.

The social status of dance and choreography in Europe, Africa, India, South America, and the South Pacific is a central theme of more than 100 events including, for example, the – from a European perspective – surprising combination of contemporary dance, yoga and urban activism in a metropolis like New Delhi. The Congress also examines the critical debates on normative body images, for instance, differently abled bodies and aging bodies that are underrepresented in stage dance. Lectures, salons and labs offer the opportunity to discuss questions related to passing on dance, to its archiving and reconstruction, and to the current state of copyright law, while special methods and techniques for dramaturgy, choreography and training can be tested in workshops.